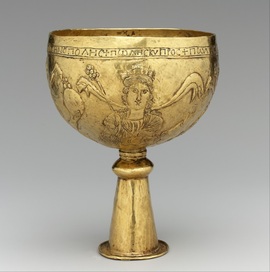 The epicenter of Christian Art for well over a thousand years and the pinnacle of artistic achievement singularly and inparticular Orthodox Art flourished and flowered in the queen of cities, Konstantinople.

Home of monumental art, "The City" which bridges Europe and Asia, art coalesces the classical period of humanity, the ancient world, and the Roman Imperial world into what we now call "Byzantine". The City which influenced the Ottoman and Islamic artistic creativity, and sparked the Western Renaissance. The envy of the Venetians, goal of the Persians and the city which captured the fantasy of the Slavs and remains the Russian dream. The source for Imperial Britain, Romanesque and Orientalism...